The team comprises of our: 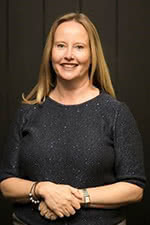 Frances has a passion to see women achieve their potential and shape their communities. Having started her career in hotel management she soon developed strong leadership and management skills which saw her take on senior human resources roles in the health sector. Frances’ natural drive and pursuit of excellence resulted in her former employer gaining accreditation as an Employer of Choice for Women, and ACT Employer of the Year for Apprenticeships & Traineeships.

Frances was drawn to YWCA Canberra in 2010 as she had always identified as a feminist, and has a strong belief in social justice, which she attributes to her mother’s influence. Having faced discrimination during her own career journey, she is now committed to being a strong voice for women.

Frances has been the CEO of YWCA Canberra since 2013. She has led YWCA Canberra through a significant change processes in integrated services delivery, corporate service review and evaluation frameworks. In response to identified community need, including during the COVID-19 crisis, Frances has spearheaded a range of new programs in the areas of addressing domestic and family violence and women’s homelessness, as well as empowering women to take authentic leadership journeys.

In 2015, Frances received an Edna Ryan Award for advancing the status of women in the ACT. In 2016, Frances was named ACT Leader of the Year at the Australian Leadership Excellence Awards run by the Australian Institute of Leadership and Management. She also attended Commission for the Status of Women in New York in 2017, 2018 and 2019. 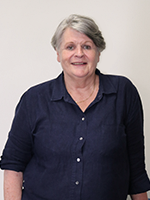 Bernadette joined YWCA Canberra in 2011 after a long career in the health sector, carrying over her passion for high-quality care to management of our children’s services.

Bernadette has been the driving force behind the significant growth of our Children’s Services portfolio, including a 200 per cent growth in the number of early learning services.

She has a strong focus on our services providing quality education to children, empowering the next generations. To enable this, Bernadette has increased the number of professional development opportunities available to staff, instilled a culture of continuous improvement within our services, and increased the quality control and professionalism of our services.

Bernadette has been a member of the ACT Government’s Office of Children Youth and Family Services Advisory Committee since 2016 and was a member of the ACT Government’s Early Childhood Advisory Council from 2017 until it ended in 2020. Bernadette believes in working closely with the regulator CECA to ensure high quality across all our children’s services programs and enjoys a good, mutually beneficial working relationship with other government agencies as well.

Cara brings a wealth of expertise in managing not-for-profit organisations with a focus on community development, education and children, family, and young people. She is passionate about social justice and equity and working towards improving inclusion and community outcomes.

Cara has senior management experience in Indigenous policy delivery, family law partnerships, domestic violence, employment, disability, and out of home care. She also has experience in health, case management and information and referral services for homeless people. Cara is interested in corporate governance, is a previous member of the Anglicare Western NSW governing Council and Western Primary Health Network Interim Community Council. She has also been involved in the Family Law Pathways Network and Families ACT Advisory Council, is a member of the Shelter ACT Board, Joint Pathways Executive Committee, and is a member of the Multi-Disciplinary Panel for Housing ACT.

Cara’s research interest is in corporate social responsibility and aims to complete her PhD in this area in her spare time. Cara holds a Master of Management with First Class Honours and postgraduate qualifications in marketing. She holds an Advanced Diploma of Community Services Management, Certificate IV in Contracting and Procurement and certification as an Internal QMS Auditor (ISO 9001).

Pek has more than 20 years of financial and accounting experience in the not-for-profit and commercial sectors. Pek is a CPA qualified accountant since 1997. Pek joined YWCA Canberra in August 2011.

Pek has a passion for leading change through innovative digital finance transformation to improve productivity. Digital finance focuses on the ways we are using technology to replace manual accounting practices through AI and automation.

Pek is a volunteer mentor with the CPA Australia Mid-Career Mentoring Program. Pek would like to share the skills and experience she has gained throughout her career journey, giving back to the community and help to shape the career of a fellow member, as well as the opportunity to benefit from reverse mentoring by learning and developing new skills. 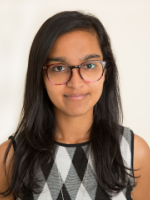 Zoya is an experienced strategic communications professional with over a decade of experience working in the community sector. Zoya began her career with YWCA Canberra in 2013 as a Communications Officer, and soon understood the truth in the statement ‘once a Y woman, always a Y woman’. After leaving the organisation in 2017 to move overseas, Zoya is thrilled to have rejoined YWCA Canberra as Executive Director of Communications, Advocacy and Engagement in 2020.

Zoya is a published author, and has written for a number of major publications including The Guardian, ABC, SBS, The Australian Financial Review, Sydney Morning Herald, Junkee, Women’s Agenda and more. She has been the recipient of numerous awards, and was named ACT Young Woman of the Year in 2015. Zoya is passionate about using her skills and experience in communications and writing to raise the profile of women, girls and non-gender binary people in the ACT.

Deb has had a diverse career including working in public and private company settings. She has developed business and governance expertise across a range of sectors including media, health, oil and gas, water resources, research and banking.  In 2013, her role at Fairfax Media was instrumental in the implementation of the Fairfax of the Future Program which delivered significant structural change and a $235m reduction in the fixed cost base. Through her extensive knowledge and experience, Deb has also been the architect and driver of implementation for strategic plans and change programs that have positioned boards and businesses for future growth.

As a highly skilled executive, Deb enjoys working collaboratively with clients and other stakeholders to drive positive outcomes. She specialises in the areas of strategy, corporate governance, risk, finance, and program delivery.

Deb is a Chartered Company Secretary through the Governance Institute of Australia and a Certified Practicing Accountant. In addition to these qualifications, Deb also holds a Diploma in Banking and Finance, a Directors Course Diploma from the Australian Institute of Company Directors and a bachelor’s degree in Business Management and Public Administration from Charles Sturt University.