It has been a busy period in our advocacy work with our submission to the 2020-2021 ACT Budget coinciding with the launch of our Women’s Survey report. This submission aligned with the themes outlined in our previous work and included stronger calls for improved gender-responsive budgeting, transparent monitoring of program and policy outcomes for women and the introduction of Respectful Relationships Education in ACT schools.

Last year’s Budget week saw the ACT Government, for the first time in 10 years, release a Women’s Budget Statement. YWCA Canberra gave evidence to the 2019-2020 Budget Estimates committee stating that while we welcomed this progress, we were disappointed with how this budget statement neglected to apply a targeted gender lens to the initiatives outlined. We continue to press the case that robust women’s budget statements are an important means to measure resource allocation against the government’s own gender equity goals and we look forward to an improved Women’s Budget Statement 2020-2021.

Similarly, our budget submission highlighted the need for better progress reporting against the ACT Women’s Plan. The ACT Women’s Plan 2016-2026 has identified several core priority areas for action including health and wellbeing, housing and homelessness, safety, economic security and leadership. Three-year action plans are released as a means to measure progress. As we move toward the release of the Second Action Plan, our budget submission expressed concerns about the measurable progress against the year one reporting milestones and the absence of quantifiable outcomes of the plan that are noted as ‘completed’. We hope that the Second Action Plan recognises this need for measurable targets, transparent reporting and funding prioritisation in order to adequately pursue improvements in those priority policy areas.

The findings of our Women’s Survey featured throughout the Budget submission, and we drew upon those results that highlighted the unacceptable rates of interpersonal violence experienced by young people to reinforce our longstanding policy position on Respectful Relationships Education. While the ACT Government has supported isolated initiatives to build respectful behaviours in schools, such as the most recent Positive Behaviours for Learning, we believe these initiatives, which focus on 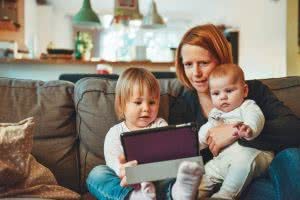 managing student behaviour such as behaviours around school equipment and communal resources and personal belongings, will do little to change deeply engrained sexist behaviour that can take hold at a young age. Our submission also highlighted how the ACT Legislative Assembly’s own inquiry into domestic and family violence also supported the introduction of Respectful Relationships Education in ACT schools.

We also used this Budget submission to remind the government that work on introducing positive consent legislation must now continue. Earlier this year, the Legislative Assembly Justice and Community Safety Inquiry into introducing positive consent recommended that the ACT not consider legislative changes to introduce a definition of affirmative consent until the report from the current NSW Law Reform Commission inquiry in relation to sexual offences is presented. Given the recent release by the NSW Law Reform Commission of their draft proposals to strengthen the laws around sexual consent, our submission returned focus to this issue and urged the government to progress with legislative reform to introduce consent based on the concept of a free and voluntary agreement.

Our full submission to the ACT 2020-2021 Budget is available on our website. The recommendations fall under the following headings and align with our flagship policy document; Leading the Change: The Pathway to Gender Equality Report.

You can read the previous article in this series here and the next article here.

YAction shines a light on the advocacy of YWCA Canberra, like-minded organisations and the issues that are important to our community.

This publication is about bringing the voices, initiatives and efforts of activists and organisations to the fore – we hope that by doing this we will increase awareness of critical issues and present opportunities for collaboration that our members, friends and supporters can get involved in. Ultimately, we hope to strengthen a movement that works together to achieve gender equality in the ACT, as we believe that this will take a society-wide effort.