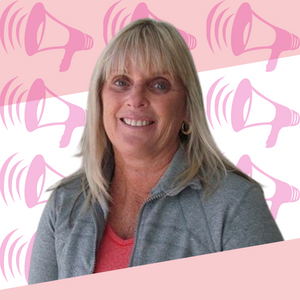 Debbie Kilroy OAM is an Australian human rights activist, prison abolitionist, keynote speaker and the only convicted drug trafficker in Australia to be admitted as an Australian lawyer and a Council member on the Queensland’s Sentencing Advisory Council.

As a former prisoner, Debbie understands firsthand what it is like to go through the Australian judicial system, where she has spent over 20 years in and out of children and women’s prisons in Queensland.

Debbie has played a tremendous part in challenging Australian incarceration laws and has fought tirelessly to abolish the prison industrial complex which includes issues of criminalising and imprisoning Aboriginal women and girls, sentencing, decarceration, women prisoners and prison labour, pregnancy and much more.

Through her journey, and through witnessing the injustices of the Australian criminal punishment system, Debbie has dedicated her life to advocating for women’s rights and dismantling the prison industrial complex. Debbie has worked closely with communities and decision-makers to help break down racism, misogyny and sexism within the legal framework and empower women with lived prison experience and those women and girls who continue to languish in prisons.

“Upon leaving prison, I promised the other women that I would continue to address the injustices and violence they experienced daily. As soon as I was released, I began developing Sisters Inside with the women in prison”. — Debbie Kilroy

After her release in 1992, Debbie established Sisters Inside, a community organisation that advocates for the human rights of women in the criminal punishment system by responding to gaps in the services available to them.

According to data from the 2019 ABS, Aboriginal and Torres Strait Islander prisoners accounted for a third of the total female prisoner population. It was further found that Indigenous women were imprisoned at a much higher rate than non-Indigenous women.

“The vast majority of women prisoners are imprisoned for minor, non-violent crimes.These are often poverty-related, with many women being homeless or having no income immediately prior to imprisonment.” – Debbie Kilroy

In response to these injustices, Sisters Inside works with and for criminalised and imprisoned women and girls in the criminal punishment system to support them to achieve equitable outcomes and provide them with resources such as transformative justice and survivor justice strategies and other social support which includes safe, affordable housing. The purpose of the organisation is to dismantle the prison industrial complex and build stronger, supportive communities.

“We support women and girls to address their priorities and needs. We also advocate on behalf of women with governments and within the legal system to try to achieve fairer outcomes for criminalised women, girls and their children”. – Sisters Inside

Debbie Kilroy is also responsible for the coordination of the #FreeHer campaign. Created in 2019, the #FreeHer campaign, was a viral GoFundMe page aimed to raise funds for nearly 400 Aboriginal women in Western Australia who were at risk of facing imprisonment due to unpaid warrants and fines. These minor infringements came with fees some more privileged women would have been able to absorb but for many women without income or without support, they often led to periods of incarceration where they would be away from their families and children and subject to the threat of ‘de facto criminalisation’ through their contact with the system. While the campaign was successful at first, it continued to gain traction becoming a permanent campaign Sisters Inside. To this day, the campaign has helped raise more than $1,315,530.00 to pay fines associated with minor infringements.

“Single Aboriginal mothers make up the majority of those in prison who do not have the capacity to pay fines. They are living in absolute poverty and cannot afford food and shelter for their children let alone pay a fine.” – Debbie Kilroy