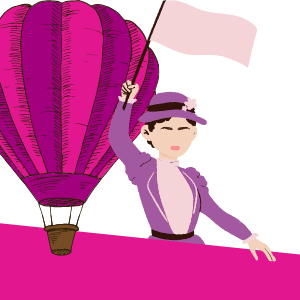 “Are there any organisations that facilitate mentoring if you want to step into a formal advocacy role?”

Thanks for your question!

Mentoring, given its very nature, is something that does not necessarily come with formal arrangements as our greatest mentors are often friends, family, and others we admire in their work or approach. Often, it’s a matter of identifying an organisation you admire and finding the right person to talk to about what you want to achieve or how to go about getting more involved.

That said, however, there has been debate recently about the value of mentoring on women’s careers and why, despite relatively equal levels of mentoring between men and women, men still move up the corporate ladder faster and are given greater organisational responsibility.

Research by the Harvard Business Review found that mentoring was more likely to lead to a promotion for a man within two years but had no effect on women. This was found to be related to how women’s mentors, typically other women, were less senior and had no clout to advocate for them.

This is an important distinction between what is considered ‘sponsorship’ and what is considered ‘mentoring’ and how women tend to be over-mentored while their male peers get ‘sponsored’. Being sponsored means you have someone who believes in your potential, can lobby for you and use their clout to support you. Being mentored means having someone who can give you advice and perspective. Given this, it might an idea to begin recalibrating how we think about mentoring and the stock we place in it.

If it’s advice, friendship, and perspective you want then I would recommend getting in touch with people who are active in advocacy and just starting a dialogue with them.  Our IWD film a single story, a world of difference featured an interview with criminal lawyer Katrina Mason who told us her she approached the sector when she first wanted to begin formally advocating for relationships and sexuality education:

“I knew there were people who had been working in this space for a long time and I had some trepidation about approaching them. It was people I saw engaging with my posts. I was sliding into DMs left, right and centre and it was actually working out really well.”

To learn more about how to begin a career in advocacy, you can also read our response to a similar question in the first edition of Advocacy Matters.