Wins and reflections: The YES Equality campaign for marriage equality 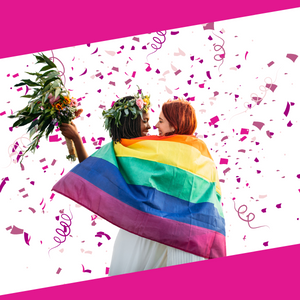 The YES Equality movement by Equality Campaign had a simple premise: ‘love is love’. This simplicity is at the heart (pun intended) of why the campaign worked so well.

Equality Campaign could have focused on hard facts, making for a more straightforward campaign. They could have started by noting that the Howard Government defining marriage as being between ‘a man and a woman’ one afternoon in 2004 (after two same-sex couples tried to have their Canadian marriages recognised in Australia) introduced discrimination into our legislation. Then they could back that up with the argument that marriage in Australian legislation is just that: a legal contract that should not be limited by religious arguments due to separation of church and state. Finally, they might have appealed to neoliberal values by espousing the potential economic benefits of allowing same-sex couples to marry.

However, Equality Campaign recognised that these approaches, although accurate, had limited appeal and would not have the same influence as ‘Love is love’. That’s because they don’t go deep enough and seek to change the social paradigm.

To explore this, we’re going to use Donella Meadow’s concept of society as a system, which has deeper and shallower levels at which it is possible to intervene and change. Meadows was trying to determine the best’ leverage points’ for change: where a small shift in one thing can produce big changes within a system.

Simplifying her work somewhat, Meadow identified the main layers of society as:

Of these four levels of society, the deepest one, our paradigm, is the hardest to shift. Altering our paradigm means changing our entire mindset, which society has ingrained into us since birth! But that also makes it the most impactful place to intervene because everything else derives from the paradigm and is in its service. Once you shift the paradigm, it becomes necessary to change the goals, rules and parameters to suit the new paradigm.

In choosing ‘Love is love’, the YES equality campaign expanded the narrative around “marriage equality to the larger issue of standing up for human rights, and for valuing love above all else“. It spoke to families, siblings and friends without talking about the detail of religion, legislation or the impact on marriage equality on other parts of society: simply the stance that love should be equal and respected, regardless of the sex or gender of those involved.

If the YES Equality campaign had tried only to change the rules, it wouldn’t have had the same social impact. In addition, because the paradigm and goals hadn’t shifted, it would have been much less likely to succeed. Even if they had managed to secure more than half the vote, the underpinning social values would have continued as they were.

The lesson? When developing an advocacy campaign, look below your immediate objectives at the deepest levels of society you can influence to create the change you want to see. That’s where you need to focus.